These days, the rubber used in recycled rubber flooring sometimes comes from tires. As tires contain a number of potentially dangerous chemicals, this has a lot of people concerned about whether such flooring is safe for healthy living (either in the home or workplace). In this article, we’ve taken a closer look at some of these concerns to see if there is any truth to them.

As recycled rubber comes from used tires, some people fear that it could harbour lead or other toxins. This belief really exploded back in 2009 when an American environmental advocacy group uncovered some internal communications from the EPA that stated that they could not vouch for the safety of recycled rubber because there hadn’t been enough studies performed. But are they unhealthy? 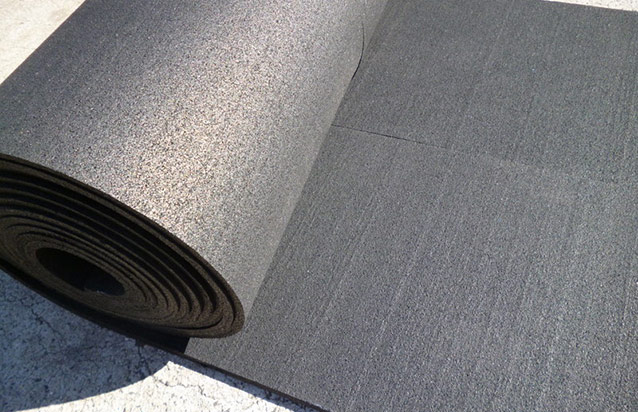 There are actually a number of benefits to using rubber flooring that has been made from recycled tires. The main one being that the tires would have ended up in landfill where they can sit for thousands of years before breaking down. If they were to catch fire, it would result in a massive output of toxic smoke. On top of this, fires are difficult to put out and can smoulder for years.

Recycling tires into materials, like flooring and playground mulch, can reduce the number of tires that end up in landfill by as much as 90%.

The use of recycled tires does, however, raise some justifiable concerns. The list of volatile chemicals that are used is extensive – benzene, toluene, arsenic, acetone and more, not to mention heavy metals like nickel, copper and cadmium. Older tires may also contain lead. Under lab conditions, it has been found that these chemicals can be leached from the rubber.

There are, however, some important differences between these studies and how the rubber is actually used:

* The tire crumb used in the studies was raw and unwashed. During the recycling process, all metal is actually removed from the tires and the crumb is washed thoroughly. These steps alone eliminate a lot of the volatile compounds that would otherwise be present.

Since these concerns were raised, a number of new studies have been conducted that specifically address how recycled tires react in the field. These studies have all found that rubber flooring is perfectly safe for use.

Although some volatile chemicals were found to be present in the air above the surface (particularly indoors where there is less air circulation), the levels were low and not considered high enough to be a health risk.

So, what does all of this mean? Basically, that many of the concerns surrounding the use of recycled rubber flooring are completely unfounded. If you are looking to do your bit for the environment and provide some cushioning underfoot in your workplace, this is a fantastic option. It will help to reduce the likelihood of injuries (from slips and falls) without putting your health at risk.